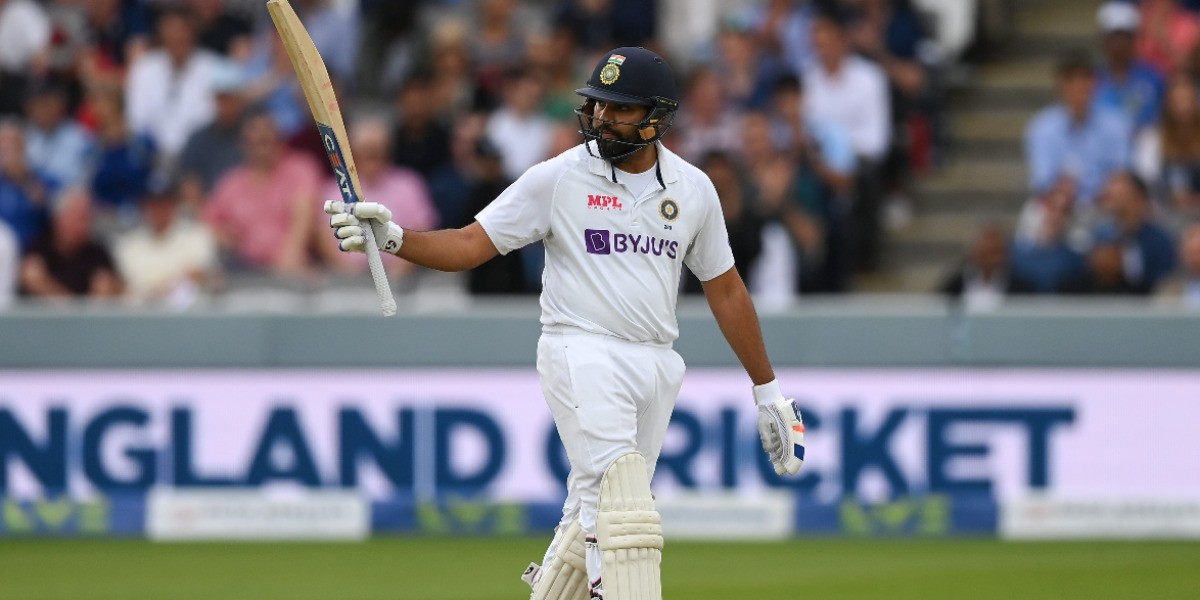 James Clear’s International Best Seller ‘Atomic Habits’ delved deep into the human psychology of improving constantly if something is taken with genuine curiosity. One of the ideas that Clear wanted to propagate goes something like this - “Habits are the compound interest of self-improvement”.

Only Rohit Sharma can tell if he was reading Clear’s theories during his 14-day Quarantine in Sydney last December but there is every chance that many motivational speakers are already charting his journey in the last year to prove their own theories about success, persistence, and resilience. Since his first overseas innings as a Test opener in Melbourne, Rohit has veered two spectrums of Test match batting - at one moment in complete control and then a compulsive pull to throw away his wicket - but never lacked the promise to go big.

The moment Rohit was dismissed on 36 in the first innings of the Nottingham Test last week, there was genuine frustration from the Indian cricket fans. For that innings provided a sneak-peak to a potential big score, but all it took was a misjudged pull to bring the tyranny down. Fast forward to Lord’s four days later, the Mumbaikar turned one of the most difficult propositions to a percentage option in order to score his first half-century in England. His 83 was the ultimate reward for his perseverance.

Even though his runs came at a good strike rate of 57.24, there was a conscious method to his process. In the first couple of overs from James Anderson, Indian openers left alone 8 out of 12 balls. But Anderson decided to make them play at every ball in his third over. A tentative Rohit would have been caught in the trap like he was against Lungi Ngidi in South Africa in 2018 or in the 2014 Southampton Test. However, a clearer understanding of his own approach and by extension, the bowling plans of the opposition allowed him to hang in there. To put that into perspective, since August 2018, while playing in England, 37% of openers have lost their wicket in the first 20 balls they faced but Rohit has already played 286 balls in two completed innings this series.

Today Rohit waited for his opportunity and cashed in on Sam Curran, who was the most wayward bowler of the day. Bowling from the end that was not supportive of his balls coming into the right-handers, Curran overcorrected by taking the leg-stump line. But that resulted in Rohit flicking on the on-side with effortless ease. Those couple of overs by Curran around the hour-mark into the day's play freed Rohit up to take his attack on Mark Wood later. The game of cat and mouse reflects on his control percentage of 77.9% which was the worst for an Indian batter on Thursday but boy, can you question his effectiveness?

Rohit’s duel with Wood was a fascinating passage of play. Wood thrives on bowling back-of-length balls as much as Rohit does while facing those. For purely contrasting reasons, this could have been the “Best vs Best” contest of the day - with no disrespect to James Anderson and Virat Kohli - but the sidekick had a lot of sublime manifestations at play. Wood hustled him and even tried the first bouncer of the day. Backing his strokes as always, Rohit did not stop himself from taking the natural route of pulling the ball. The top-edge, helped by Wood's pace, went soaring over the ropes. There was no other dubious shot from the Mumbaikar as he collected 22 runs off the 21 balls he faced against Wood. In fact, it was all control and precision - a phase that would have piled on a world full of regret for English skipper Joe Root after his decision to insert India at the toss.

“I wouldn’t say this is the best overseas knock of my career but surely the most challenging,” Rohit said at the post-match press conference. “I was really happy with the way I started off. Unfortunate dismissal but I couldn’t have done anything with that.”

However, Rohit wouldn’t really hit the dinner table without giving his partner KL Rahul an extra hug. Even though Rahul owned the day later with his sixth Test century, his reticent approach to innings construction in the first couple of hours allowed Rohit to carve out his pace. The Karnataka batter had a strike rate of 17.77 for the first 90 balls he faced and didn’t even score a boundary. He held the fort from one end and ensured the overcast conditions were navigated successfully before the duo became the first non-English opening pair to post a 100-run opening partnership in the first innings at Lord's this century.